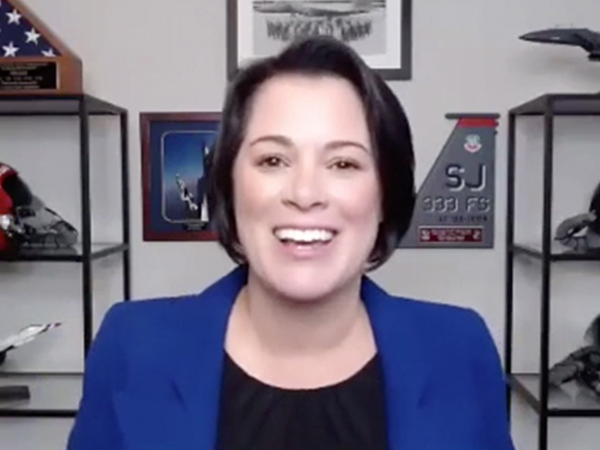 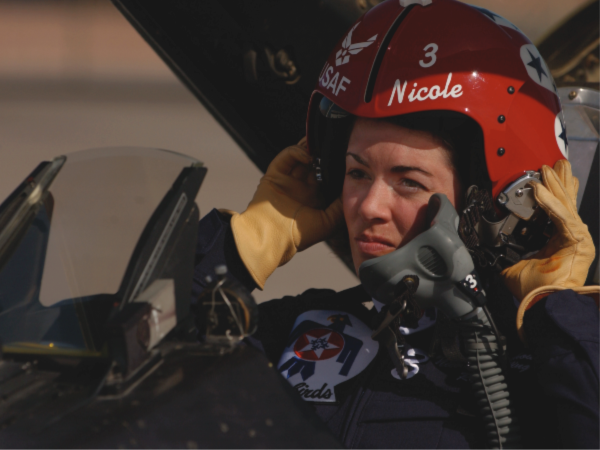 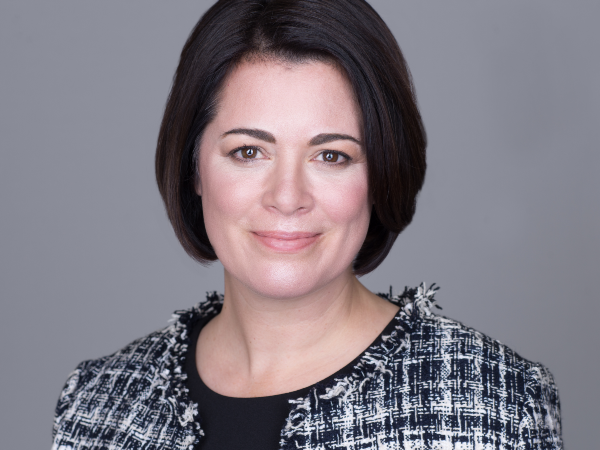 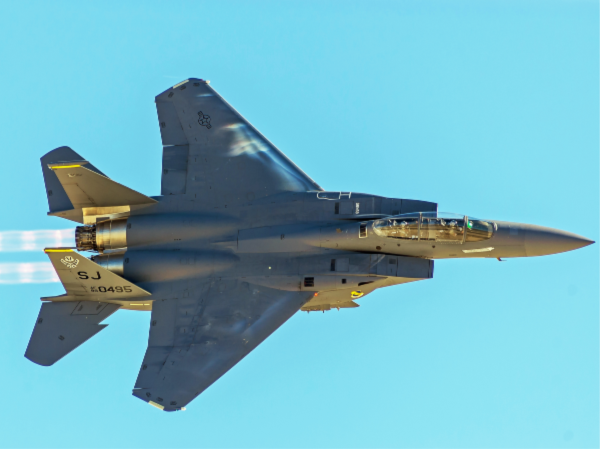 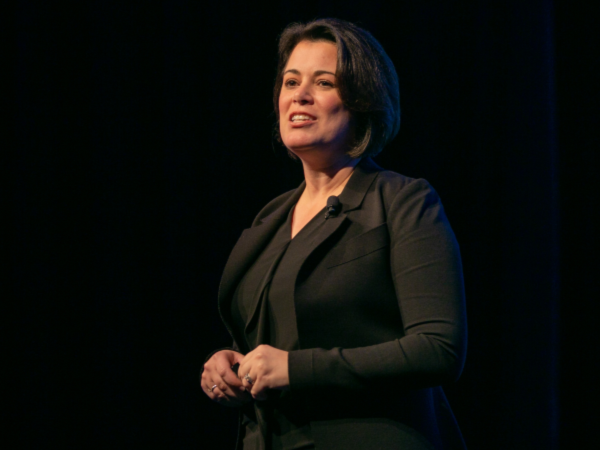 “Failure is the price of entry for achieving something great.”
- Nicole Malachowski

Col. Nicole Malachowski, USAF (Ret.) defies stereotypes. Yes, she was a jet fighter pilot, but if you think you know her based on that, you’d be wrong. A leader, a combat veteran, the first woman pilot on the Thunderbirds Air Demonstration Squadron, a White House Fellow, and an inductee into both the National Women’s Hall of Fame and the Women in Aviation International Pioneer Hall of Fame, Nicole’s distinguished 21- year Air Force career exceeded her wildest dreams. But the dream came to an end when a devastating tick-borne illness left her struggling greatly to speak or walk for almost nine months. An indomitable spirit, Nicole fought back against overwhelming odds and prevailed. Drawing on stories from her career and personal life, Nicole inspires audiences to rethink the challenges they face every day. She urges them to go beyond resilience and become resurgent. Nicole empowers people with three key beliefs: failure and risk is the price of entry for achieving something great; sometimes you need to yield to overcome; and her personal mantra – “Nobody wants to lead a scripted life.”

Be Ready For Change

A CULTURE OF EXCELLENCE

Failure is the Price of Entry

Build Trust by Being Trustworthy

Cultures Can Confine - Nobody Wants to Lead a Scripted Life

Caring Teachers Made Me
Who I Am

Sometime You Have to Yield to Overcome

BEING HUMAN AT WORK

Supporting One Another: Ask for Help/Offer Help

In flying, headwinds slow you down. At their worst, they cause you to change your plans and impact the effectiveness of weapons in combat. Headwinds demand that pilots be resilient and resourceful, literally on the fly. “Headwinds are the perfect metaphor for the change impacting organizations and individuals today,” says 21-year Air Force veteran Nicole Malachowski. A former fighter squadron commander and mission-ready pilot in three operational fighter squadrons and the first woman to fly on the AirForce Thunderbirds, Nicole has the perfect message to inspire audiences to think differently about the headwinds of change they face – organizationally and personally. Drawing on her extraordinary Air Force career, Nicole offers lessons on leadership, followership, and overcoming adversity. She weaves storytelling with breathtaking video from the cockpit of her jet as the Thunderbirds execute precision turns, rolls, and loops – all just 36” from one another at 400 mph and just 300 feet off the ground. Nicole’s keynote helps audiences ignite their own indomitable spirit in order to succeed far beyond what they might dream.“Failure isn’t fatal,” she says, “it’s the price of entry if you want to achieve something great.”

PUSHING THE ENVELOPE: BEING THE BEST WHEN IT COUNTS

What does it take to be the best? The individuals and teams who achieve at the highest levels have one thing in common: they push the envelope and go to the edge of boundaries. They accomplish as much as possible and do it to a standard of excellence. Pushing the envelope is an aviation term for taking an aircraft to the maximum limits of its abilities. In the business world, pushing the envelope means knowing yourself – certainly knowing your limits – all while using every bit of your ability to maximize your performance, be your best and be consistent. As a combat-tested fighter pilot and a member of the military’s most elite group of aviators (1 in 2,000 USAF pilots become Thunderbird pilots), Nicole Malachowski inspires audiences with lessons learned from a distinguished 21-year career – giving them the courage to push the envelope in their own lives. That means using inevitable failures to launch to the next level…preparing for turbulence, because change is unrelenting, and it is hard, but you must anticipate it…trusting in teammates’ skill and precision, while developing your own…and being mindful of the over-control that leads to performance malfunctions and mutes achievement. Nicole’s presentation provides an unforgettable and practical roadmap for individuals and organizations looking to make the most of their talents and efforts.

Every great accomplishment involves breaking barriers – both culturally and within. Nicole Malachowski is a trailblazer who succeeded in a traditionally male-dominated career field: the world of the fighter pilot. As uncomfortable and risky as stretching the limits of yourself and your surroundings might be, Nicole tells audiences there’s no reason to allow that to dictate your goals and aspirations. She became one of the first women to fly a modern-day fighter aircraft, the very first woman to fly with the Air Force Thunderbird aerial demonstration squadron, and she was inducted into the Women in Aviation International Pioneer Hall of Fame. She is relatable to women and men with a fascinating narrative of exactly what it took to be a woman vanguard and break tradition. Nicole offers actionable tools and real-world lessons about pursuing her dream, making choices, all while building a family and achieving success in a career where few women had gone before. Nicole inspires audiences with a message rooted in her personal mantra – “Nobody wants to lead a scripted life.” (NOTE: While initially designed to empower female audiences, Nicole easily adapts the content to work for men and women alike, offering actionable tools to overcome cultural paradigms.)

• Yield to Overcome: 3 Mantras to Live By – A Conversation with Col. Nicole Malachowski, Retired US Air Force

"Nicole has a multi-faceted story of overcoming adversity to achieve peak performance and she has adapted to tell that story in a compelling way during this time of virtual leadership meetings. Her messages about overcoming unexpected turbulence and harnessing headwinds were especially powerful for our leaders as we’ve shifted to serve customers and support our teams differently during a time of crisis. Nicole is a high flyer, brings great energy and would be a smart addition to any program.”

“This is the second time I have used Nicole. She is powerful. She connected so eloquently to the ‘business’ and made all her themes resonate and apply pragmatically. The audience was buzzing – and really enjoyed her. They are requesting another go around on her patient level view as well as her advocacy role. I am incredibly inspired by Nicole – and in awe of her achievements.”

“In this age of virtual events, Nicole’s energy and focus kept our participants engaged and prompted an enthusiastic chat conversation among our participants who were effusive in their praise of her. Her message is up-building, life-giving and brings value for anyone who is struggling to keep their head up in challenging times, looking for inspiration in the journey.”

“OMG – I could go on and on all day about how AMAZING Nicole is and was during her presentation!!! She is absolutely the best hands down. Each year it’s my personal challenge to raise the bar, and I have no doubt that we did that this year with Nicole onboard. I have received so many emails, text messages, and instant messages about how fantastic Nicole was (still coming in as I’m typing this email).” 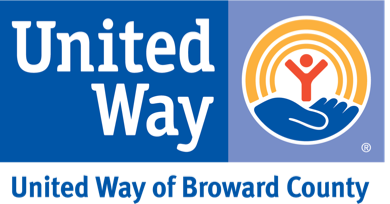 “United Way had to cancel our in-person Women United extravaganza and pivot to a virtual event but not without great trepidation.  BUT, I am so glad we did because Colonel Malachowski kicked it out of the park and exceeded our (and our 400 guests) expectations.  We received so much positive feedback regarding Nicole that I could not keep up with my text messages and emails praising her.

“Not only was she so well received by the audience, she was so wonderful to work with, personable and spent extra time answering questions from all the guests.  Her visual set-up and pre-preparation with us was Top of Class and added visually to her inspiring storytelling and genuine nature of relating to the audience.  It felt like she was directly and personally speaking to each of us.”

“You are a spectacular speaker and I have never been to a meeting with our entire team mesmerized by anyone like they were with you. Your story is unbelievable and you are able to deliver it in such a natural and powerful way that had me in awe for days after. I haven’t been so motivated or inspired by anyone in a long time.” 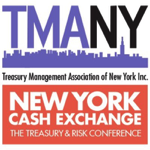 “Col. Nicole Malachowski took our financial professionals by storm - three weeks later, people are still talking about her. She has a unique gift of being able to relate her very interesting and exciting professional and personal life experiences to a diverse audience in a completely different profession. Her genuine conversational style made each attendee feel she was talking directly to them.”

“Nicole was exceptionally well received. She—truly—did a magnificent job. Connected with the audience, inspiring, thought-provoking, funny, real, open. Our colleagues couldn’t stop talking about it. Was the highlight of our event.”

“…not only did she receive a standing ovation, but the line of attendees seeking to talk with her after the meeting was the longest I had ever seen at such an event – and she took the time to meet all of them.”

"Everyone...I mean everyone…left raving about your message. As you can imagine being in healthcare as executive, I hear a lot of people speak. You are an exceptional speaker and have an incredible message to share with anyone that’s looking at ways to be motivated to improve themselves. So yes, count me in as a card holding member of your fan club"

– Chairman, Board of Directors, National Association of Specialty Pharmacy (NASP) 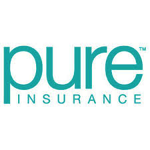 “I’m sure you won’t be surprised to hear that Nicole was an absolute homerun. I know her message made a profound and lasting effect on many of my colleagues, including me. Plus, she is just so nice and human. It’s really special. I’m not sure how I will top her for future events!”

“Colonel Malachowski is an inspiring, authentic speaker and leader.  She speaks from the heart as she tells a story of determination, grit, attention to details and service to others.”

“We have been fortunate to have over 30 speakers over the few years present at our sales conference. Based on survey results, your session was the highest ranked ever! You have a great message and more significantly, an incredible way to connect with the audience. I personally loved the way you weaved in our values and our message with your message of Pushing the Envelope.”